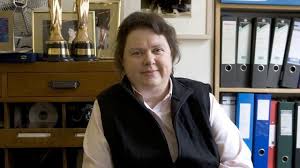 Yesterday an Irish journalist died. She was 54. Her name was Mary Raftery and while she didn’t live as long as most Westerners can hope to live – she did more good than most of us will probably ever do, no matter how long we live.

She is best known for a television documentary she made in 1999.  The programme – entitled States of Fear – comprehensively, shockingly and with meticulously researched evidence outlined the widespread and horrific sexual and physical abuse of children in Ireland.  In particular, States of Fear, investigated the treatment of children who had been forced to live in state residential facilities between the 1930s and 1970s.

This programme not only resulted in the establishment of The Commission of Inquiry into Child Abuse but reclaimed the lives of many of these victims and caused a massive change in Irish society. For the first time, most ordinary people believed the stories told by these victims and took their side.

Mary Raftery as an investigative journalist was instrumental in uncovering several other serious social issues.  As recently as September last, she produced Behind the Walls – a documentary on the psychiatric system in Ireland.  In this documentary she pointed out that in the 50s and 60s, Ireland locked a higher percentage of its population into psychiatric institutions than anybody else in the world – and that includes the former Soviet Union.

Tribute after tribute has pointed out that Mary Raftery was absolutely dedicated to championing the cause of the people whose victimisation she uncovered. According to the people who worked with her, she showed these interviewees the programmes she made about them before release and welcomed their input. Fellow journalists describe her as absolutely determined but her peers also describe the fact that her determination was to work for justice – not to further her own career.

She worked for acknowledgement and justice for victims of institutional child abuse and not only did she succeed in that she also made Ireland a safer place for present and future generations of children.

What an amazing legacy.

15 comments on “A Proud Legacy”