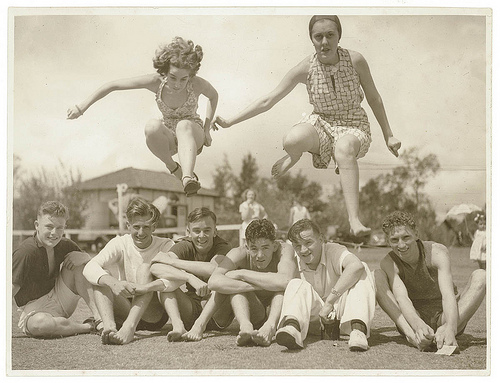 Are to be feared (otherwise educate them – why not if they’re not up to much?)

Are to be objectified (child brides/super models)

And yet… They feel powerless.

Why when the establishment everywhere and every time seems to see women as so powerful they must be constantly controlled, why are women the only ones who can’t see this power?

Imagine what might happen if that power was unleashed?  Not power as we know it where women are ‘powerful’ if they are like men or liked by men.  But the real, thumping, all-encompassing, generative, protective power of real women.

Imagine – for example – in places where a girl who is raped must kill herself to restore her family’s honour, if the mothers in these places not only tried to protect their daughters but said to their sons – “Marry her son, she’s been raped but that is something that was done to her, not by her and so her honour is clearly intact – which is more than can be said of the men who raped her.  I am your mother and I am not just standing up for her, I am also really standing up for you.  I am trying to teach you that it’s always the perpetrators who are the guilty ones – not the victims.  Always.  I want you to understand this son because I want to make sure that your honour remains intact.  Because I love you.”

Imagine if that happened.