One of the problems that naturally occurs when a light is shone on pain and suffering is that those who are looking at this picture are overwhelmed by pity.  This might seem like a good outcome – surely if we are sorry for someone we’ll try to help?  Well the answer to that is not a definite ‘yes’.  Sometimes when we feel sorry for people we also feel angry, or resentful or superior or confused.  We wonder how this can happen and why they can’t help themselves just like we have to do and if they have some inherent shortcoming that precludes them from building a wholesome and sustaining life for themselves… END_OF_DOCUMENT_TOKEN_TO_BE_REPLACED

Dirk Willem Venter –
Even though this photograph was taken almost fifteen years ago, the day I met Mr. Mandela still stands out in my memory. I heard many stories of how lucky we were to have a great man such as him as our president and although I was very small, I felt a deep awe at being lucky enough to meet him face to face. As time passed and his distinctive voice filled my ears my understanding about what a blessing he was for our country grew.
He visited Worcester for the official launch of the Blue Train. I was selected from a group of students from my school to hand him a gift. I remember being nervous and a little apprehensive as I didn’t know what to expect when meeting such a great man. He did not talk down to me as grown up to kid, but instead smiled and told me how happy he was to meet me and my fellow students from the Pioneer school.
I did not know it then, but meeting him truly changed my life. I am one of only three completely blind students in the country to study BSc Computer Science. His example taught me to never give up and never regard myself too highly above others.

The truth?
I don’t know.
I agree with the sentiments expressed in this short film and admire these people and their courage and their commitment to action and hope and change for the better but I’m not sure I could be as magnanimous if someone took my child.
But I’d really like if I could.
I don’t admire success or fame or accomplishment. I don’t aspire to be like anybody else really – certainly not in regard to what our societies tell me I should want to emulate. But I do aspire to be as open-hearted, as brave and as far-seeing as these people.

Anything I might try to say about this would be redundant. It is amazing. 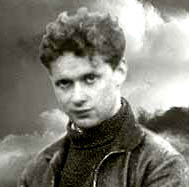 I’m no expert on Dylan Thomas but they say he wrote Do Not Go Gentle Into that Good Night about his father’s descent into old age and death.  It is a beautiful poem and to me, as well as being about the inevitability of death, it is also about the need to try, to ‘rage’ until the bitter end.  In everything.  In the full knowledge that death is inevitably coming this is a plea not to surrender.  Ever.  To keep on going.  Keep on raging.  Until the absolute end.

Do Not Go Gentle Into That Good Night

Do not go gentle into that good night,
Old age should burn and rave at close of day;
Rage, rage against the dying of the light.

Though wise men at their end know dark is right,
Because their words had forked no lightning they
Do not go gentle into that good night.

END_OF_DOCUMENT_TOKEN_TO_BE_REPLACED

Are children the only people who can really partake in art for art’s sake?  Is it important to do this?  Is it a waste of time?

Many of you will have seen these videos already –  but I hadn’t so just in case I thought I’d post them.  I also thought it might be worth asking ourselves exactly what this boy is doing in the first video?  And why? And if there is a link between his work and the work of the artists in the second video?

END_OF_DOCUMENT_TOKEN_TO_BE_REPLACED 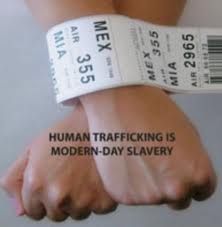 No one shall be held in slavery or servitude; slavery and the slave trade shall be prohibited in all their forms

Nowadays it’s widely accepted, in our rapidly shrinking global village, that we need to learn to 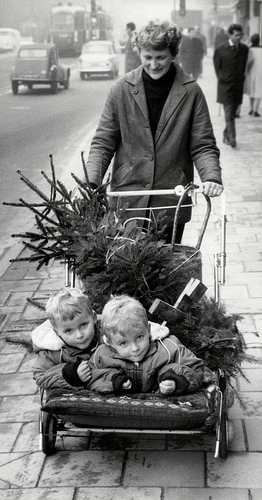 work together – learn to live together.

And yet we resist it.

We insist on concentrating on the differences between us.

There’s no doubt about it.

But how about the ways we are the same?

Why don’t we really concentrate on what we share instead of what separates us?

I really mean that as a question – why don’t we?

What stops us trying to work together?

What are the obstacles to our seeing our similarities?

Can we talk about that?

always worth doing what you believe to be right, even when everyone is telling you it won’t change anything.

In July, 1984, a 21 year old cashier in an Irish supermarket – Dunnes Stores- refused to handle two Outspan grapefruit at her checkout. She did this because her union had decided to protest against apartheid in South Africa by not handling South African produce.  The cashier’s name was Mary Manning and she was suspended for her actions.  Ten of her colleagues went on strike to protest  against her treatment and so began a strike that lasted almost three years.

Eventually though, the Dunnes Stores workers prevailed and the Irish government agreed to ban the importing of South African fruit and vegetables until the apartheid regime was dismantled.

Today in Johannesburg, a street is named after Mary Manning and she and her colleagues have been personally commended by Nelson Mandela and his successor, Thabo Mbeki.

Never doubt that a small group of thoughtful, committed citizens can change the world. Indeed, it is the only thing that ever has.

Every single thing that every single one of us does all of the time matters in the overall scheme of things.  There is no such thing as a deed – good or bad –that doesn’t have some effect somewhere.

But heartening too when you think about it.